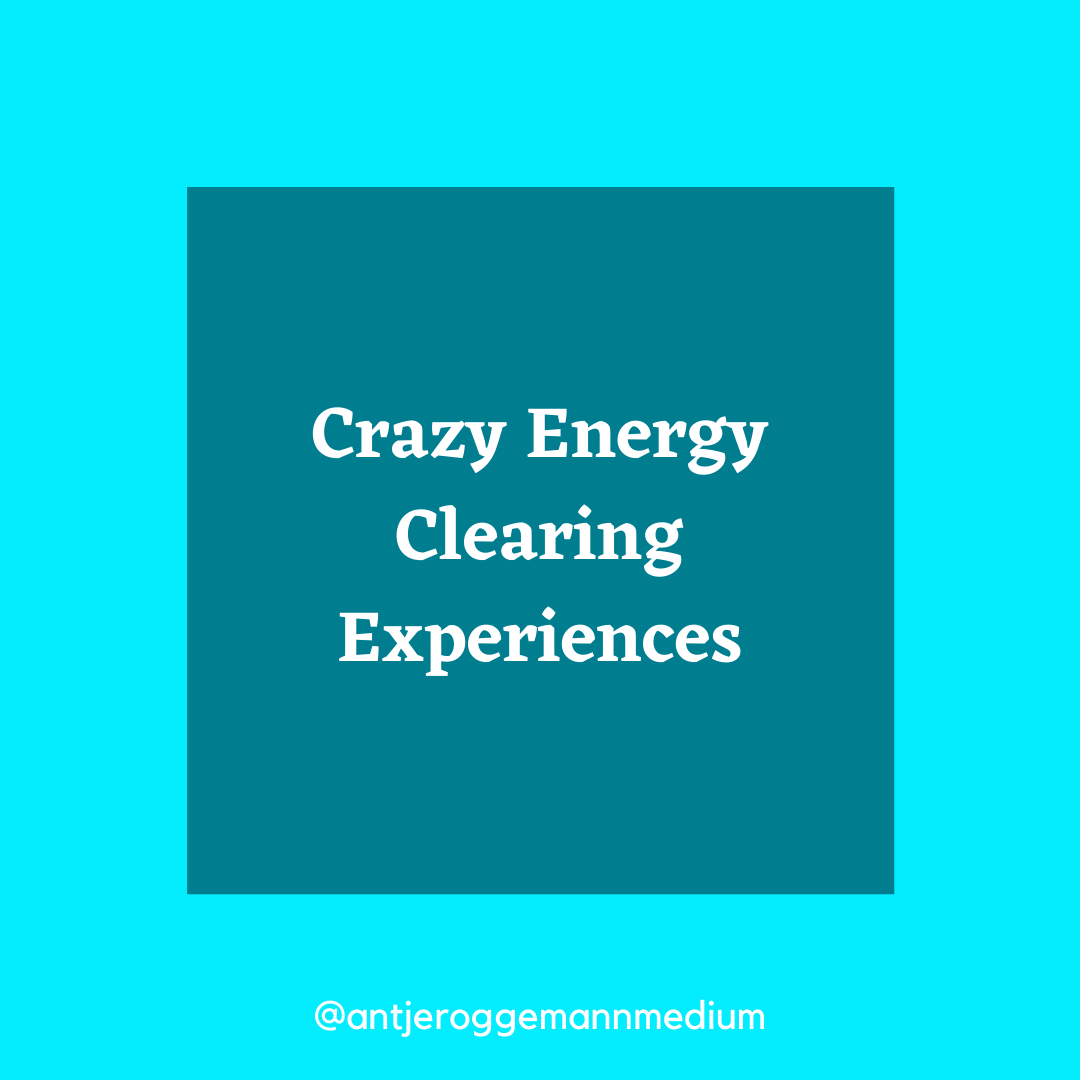 I have been asked “What have been your craziest / fascinating experiences with Energy Clearing practices?” There are a few.

In 2012 my ex-husband and I went on our separation holiday to Provence, France. We had been at the exact same place 2 years before. It’s a beautiful Mas (farmyard) with lots of cherry trees and a gypsy carriage to sleep in, amongst other things. This time however something felt really off when we arrived. I could feel old energies outside on the ground and spirits and as if some historic brutal events had been happening there at whatever time. Thankfully I always travel with my Angel Symbols and so I worked with them and set up Protection Circles and Cutting Circles, and soon enough the energy changed and whatever had been there was released.

In 2018 I worked online with an Energy Healer colleague. When she looked into my energy field, she discovered an energetic parasite attached to my left shoulder and arm and partly chest that looked like a jellyfish. As soon as she saw it, I saw it too. But I had never noticed it before in any energy clearing process. It went under the radar. When she started removing it, it resisted and clung to me. And that’s when I felt that the very excruciating stinging part of the pain in my left side came from that parasite. We worked together on removing it and it took a few attempts, but then it left. I later found out that I had caught it at some point after my second separation in 2012 that completely changed my life. The separation effect on me was so massive that it ripped a large hole into my aura in the lower back area. One of my energy therapists back then had told me that. I literally lost my backing, my husband, and my energy field sustained a large injury from that which led to lots of instabilities in the body that later healed gradually. And that hole in my aura was the entry point for the energetic parasite.

At the beginning of 2020 my naturopath found an energetic parasite and negative thought elemental attached to my male cat Artemis. They had completely thrown off the digestive system and he was really sick. I used the “How To Throw Out Energy Suckers” prayer to get rid of both and she helped with homeopathy and energy healing. The reason was an intruding spirit, the father of our landlord, who had been in the flat for a while and throwing out aggressive thoughts which I received every time I came up to the first floor. It took me a while to notice where they came from and throw that spirit out with the same prayer. Artemis had seen him, but I didn’t get who he was and didn’t react right away. When someone throws negative or aggressive thoughts all the time, those thoughts form little entities that can attach to you. They are called negative thought elementals. Artemis at that time had trouble with negativity himself, because he couldn’t accept getting older and losing abilities. So he literally attracted that negative thought elemental and then an energetic parasite. He got better as soon as we cleared all of this off.

If you want to learn Energy Clearing to be able to handle such energies, take the next Energy & Clutter Clearing Course.

That’s kind of funny. The same card like a few d

Antje Roggemann is a Medium and a Channel. She is

We are in a time of transformation and clearing fo

Inner Power. “Give me the courage and the power

Mercury retrograde is your friend May 10 - June 3,

Clearing. This is such a perfect card as we start

Energy Clearing: what it is, when and how it started for both of us & how we do it
YouTube Video UCzsKln2F7wPnc4eTe6W35wA_m_cmliyZAjk